There’s always something to celebrate if you look hard enough

In celebration of it being “National Alloy Wheel and Brake Shoe Day” in Croatia yesterday, I thought it only fitting to get my arse in gear, get out to the garage and get the wheels finished up and onto the car

If you recall, the old tyres on the steel wheels are 165/80/13s and the new ones are 205/60/13s. The difference in the width of the rubber can be seen below, that’s a traditional box of matches-worth of extra grip, but I’ve no doubt that’s not the be all and end all of it … the old skinny tyres ballooned out under load as there’s so much give in the sidewalls, so it’ll be interesting to see how the ride changes. 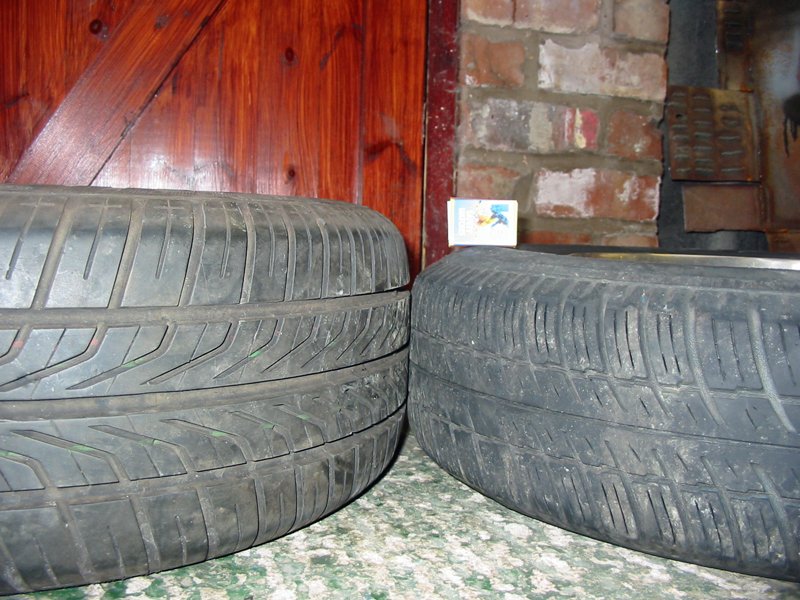 On the car, everything sits much nicer in the arches. They don’t “fill” them in the way that some folk enthuse about fat tyres, but they do look more plump … imagine a nice roast dinner – but there’s still room for pudding

I’ll happily admit, though, that I drove it like a very cautious sloth around some of the bends on the country lanes – there’s a completely different feel to the car now and I’ve no idea where its limits are, and I wasn’t about to find out

Just about to roll it out of the garage now, fill it up and head on over to Scotch Corner – so more piccies and stuff to follow later