Which brings us to this weekend. First on the list of jobs was seeing what I could do about the rather wooly gearchange. It’s always been a bit hit or miss ever since I put the Type 9 in, but never really so bad that it got onto the “must be done” list. Given I was getting some other stuff from Burtons, I tagged a brass selector saddle onto the order to get the free delivery.

Fitting is simply a case of popping off the centre console, undoing the three star bolts on the gearlever and pulling the old saddle out with a pair of pliers. Grease up the new one, then push it onto the gearshaft. 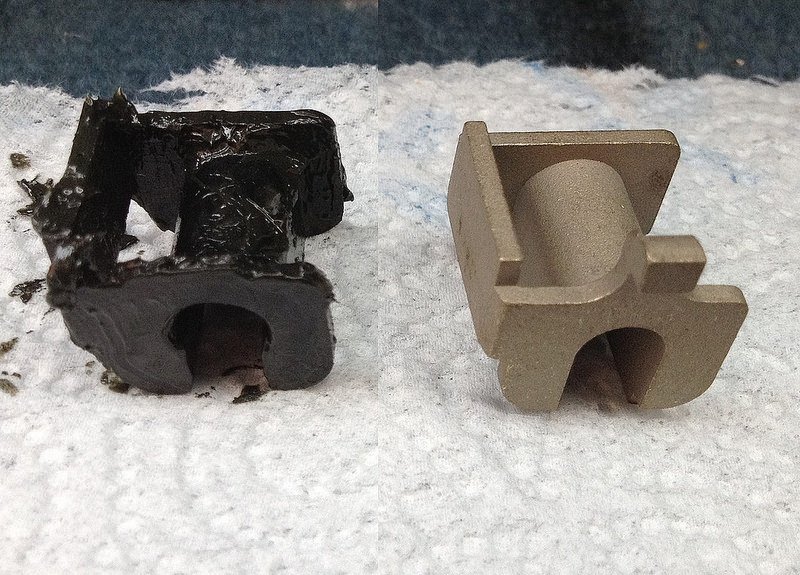 The old one on the left doesn’t look too bad, but you can see it’s gone a bit oval at the top, which I guess means it could wobble about on the shaft. I’ve no idea on the history of the box, but the new one instantly made the gearchange feel more snickety and you either have a gear or you don’t. It’s not going to change the world all by itself, but it’s something else ticked off the list

I have read reports that a brass saddle, as opposed to a nylon one, would be way more rattly and unbearable on the road – didn’t seem to be so for me, so far. Could be it needs a regular greasing, could be I got lucky.

Whilst pulling the dash apart to get a switched live for the new temp gauge the other day, I once more found this little treasure tucked away under the carpet in the passenger footwell. When I first got the car, there was a receipt for it having been put in by a “reputable installer” many years ago. All that remains now is this little box and a siren in the engine bay, along with about a mile of extra wiring where it’s been lovingly spliced into the loom 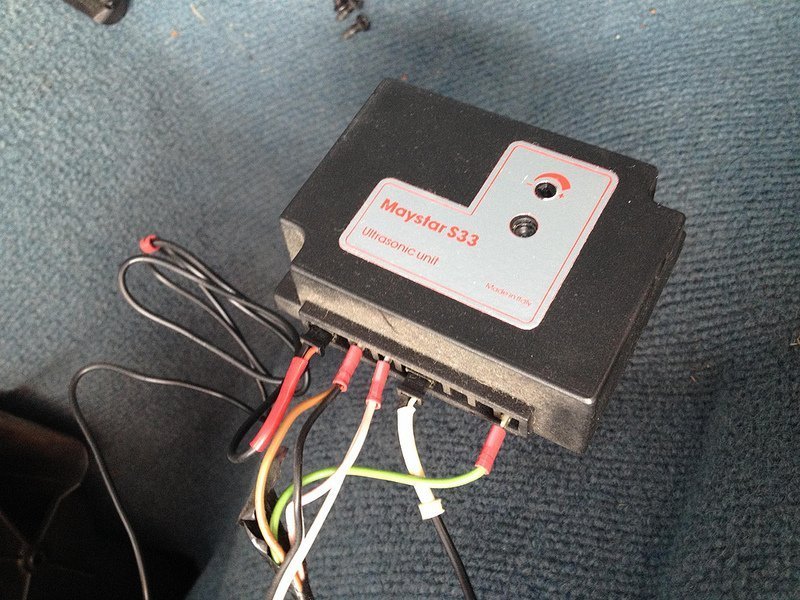 It’s never done anything useful and I don’t think I even got a blipper for it with the car, so I guess it’s knackered. It’s going to get unpicked from the loom when I get a free afternoon, but for now I confirmed it wasn’t affecting anything by pulling all the wires out the back and starting the car.

Last job of the day was to install a pair of rear seat belts. I’m sure that pretty much any Capri breaker on eBay or elsewhere could have furnished me with a serviceable set for thirty or forty quid, but I didn’t mind paying the extra and getting a new pair of Securon 254 retractable 3-point belts from Burtons. They’re generic fitment, rather than the handed ones for each side with matching covers I could get from a breaker … but I’m no purist and I’ll happily take brand new from the manufacturer for things like this. 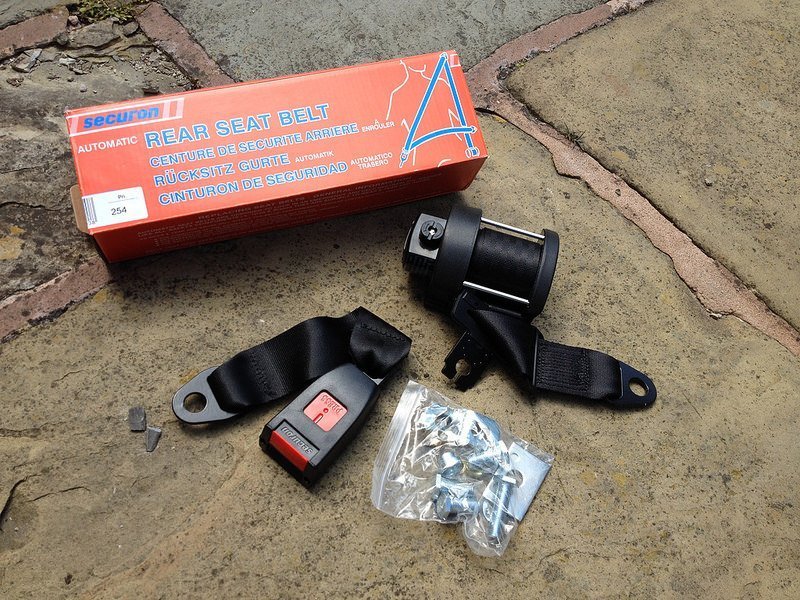 List price on these is 77 quid each if you look at Securon’s website, but that seems to be them either establishing a “base price” and not wanting to undercut their dealers, or just to get around the whole RRP thing. Amazingly, Burtons seem to be just about the cheapest place to get them at 68 quid for the pair – maybe that’s where the eBay sellers get their stock from

In the box you get the inertia reel and belt, the receiver buckle and a bag of bolts, washers & assorted fitment bits. Fitting is pretty straightforward once you’ve read the instructions and googled to see where the mounting points are for the Capri. Luckily all cars had them from the factory, it’s just they’re either bunged up or behind a piece of the interior. The only tricky one is the top point where the inertia reel goes – you need to loosen off the interior trim, get an eyeline on where the hole is and then make an educated guess and go for it with a small drill bit. With my second educated guess you can see I struck lucky, then opened it up with a step drill. 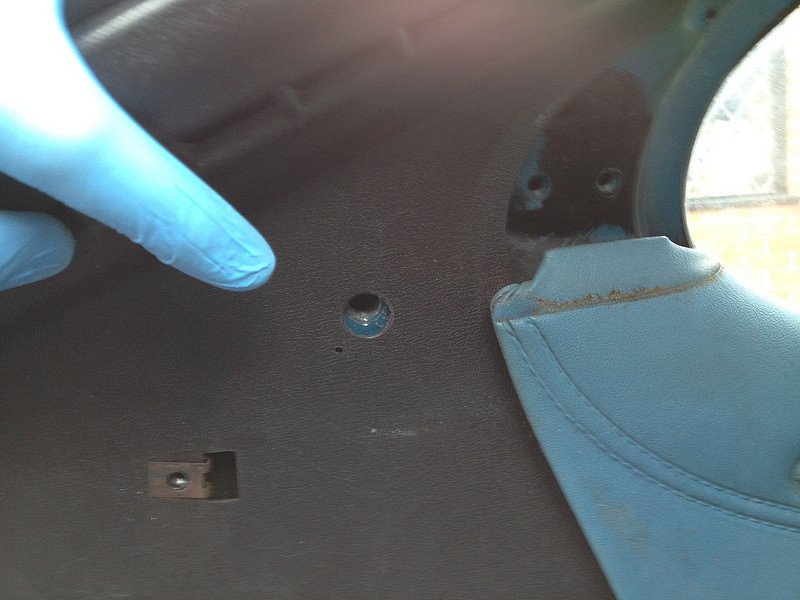 The top and centre bolts went into their captive nuts just fine, but the wheelarch ones on both side were rusted to buggery. Not having a 7/16 UNF tap to hand, or the inclination to go get one, I used M10 bolts and locknuts here. 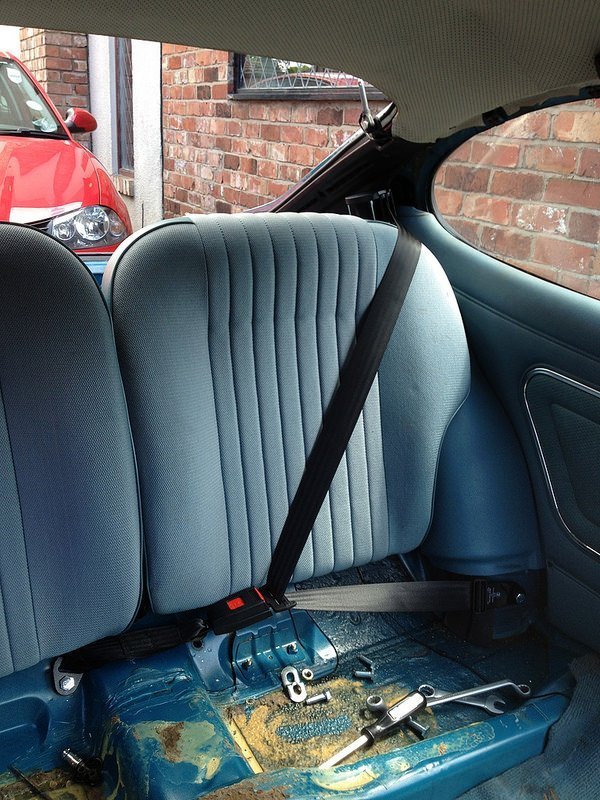 A nice simple job, if a little time consuming … even more so when you have to undo some of the bolts you’ve just put in so that you can refit the trim.

Ah well, at least I was finished in time for tea