Well, after a battle of Tolkeinesque proportions, the bushes and their sleeves are finally out of the rear springs

Taking onboard everyone’s advice, I started by attacking the bushes themselves with a blowlamp.

Whilst it was fun, the novelty wore off real quickly once it got smelly … and then the muesli-eating kids from a few doors down started taunting me about my environmental footprint

Getting the sleeves out should have been nice and simple, but I think the chap on the spring assembly line in Germany was having a bad day when he put these ones in – so he did the eye’s up extra tight and smeared everything with Superglue just for a laugh

I said a few choice words. The sleeves just shrugged. I hit them with a hammer and a cold chisel. They bent over a bit. I cut them through with a hacksaw. They didn’t care. I twatted them really hard lots of times with a 4lb lump hammer and a Fat Max chisel … they lost

The springs then got cleaned up and got a dose of worm poison, ready for painting.

The “new” front and rear ARBs have been stripped of their old paint and surface rust, threads chased out and a splash of poison. These are 24mm front and 14mm rear to replace the originals on the car which are 20mm and 10mm respectively. A few millimetres doesn’t sound like a lot of difference, but the extra rigidity should result in less flex. 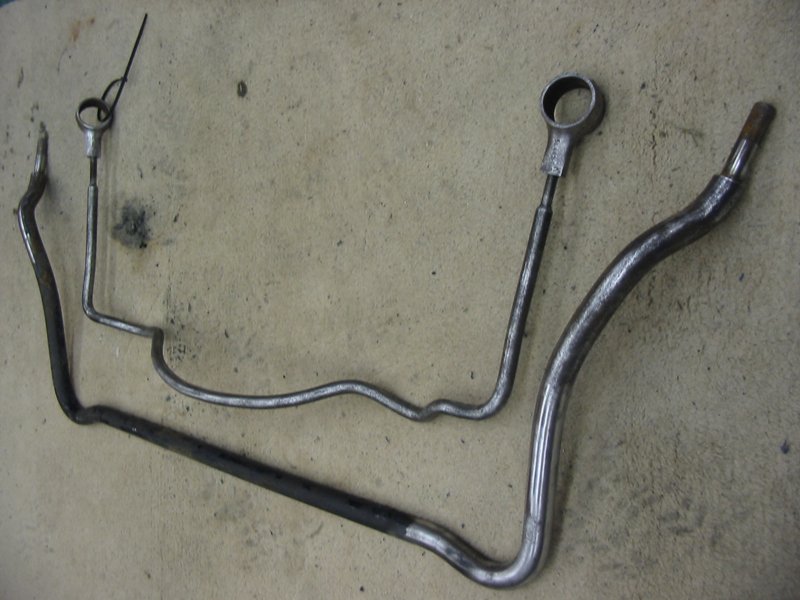 Whilst cleaning up the front ARB, I noticed there’s indentations on each thread where it looks like something’s been screwed into it

It’s not a hole going all the way through, just a dent – any ideas?

Dave : It is a hole going all the way through it.

Your one has the remains of a split pin in it. The old trick to getting the castle nut off, even when the split pin wouldn’t come out or snapped off was to just undo the nut with a bit of brute force. Shears the split pin and leaves it looking like in that pic.
Clean it out using a drill, you can’t go wrong as the bit follows the old hole. (as long as the drill bit isn’t massively over sized)
Use a new split pin when you reassemble and cover it in grease.

Group4_Mark2 : What are the thicker anti roll bars off. Which are on the 2L laser?

Rude Dog : IIRC the thicker ARB’s are off the 2.8i’s but I’m sure Stu will be able to say for sure

me : Not for sure

For a more accurate answer, find a man with an anorak

Any which way, it makes it complicated when ordering bushes as you won’t always know what size you need. Best way is to simply put a set of verniers on ’em and see